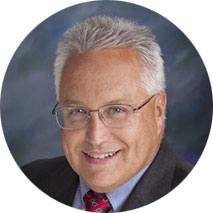 Don grew up in the Chicago area until he left to attend Northern Illinois University where he earned a BS in Numerical Control Technology and an AS in Science from Kishwaukee Junior College.

Don’s father was a World War II vet who had a long career with a utility company. His mother spent many years in retail.

Don lives in the Fort Worth area with his wife, Lisa and has three grown children. In his spare time, Don enjoys gardening and landscaping. He and his wife also love spending time with the dogs and kids. Don is also an avid Texas Rangers and Chicago Cubs fan.

Tell me about your family. My wife Lisa and I were married in 1983. We have 3 children: Katlin (University of Kansas) is living in Southern Pennsylvania and working in Baltimore where she and her husband Josh (ex-marine) live. Mark (Arizona State) is living in the Fort Worth and is in the medical profession. Our youngest daughter Laura (University of Arkansas) is living and working in Little Rock in marketing and her fiancé Hayden is in medical school. What do you like to do in your spare time? Long walks with the dog or give me some clippers, a shovel, or a hose and point me to the yard. Then cook some of the stuff I have grown. What is your big vacation dream? New Zealand is one of the few places I have not been to. What is your favorite movie? The Godfather. I grew up in Chicago and many of the stories in the movie were very close to things I remember growing up. What did you want to be when you grew up? A pilot. I actually had admission to the Air Force Academy and the congressional appointment, but when they told me I wouldn’t be able to fly because of corrected vision, I decided to go to a regular college and worked at places that built aircraft (General Dynamics and Bell Helicopter). Who are your heroes? Growing up, I was a big Cubs fan and you might find that odd to pick any Cubs player as a hero, but just think of the optimism of a guy like Ernie Banks….” Let’s play two” – coming out of a Cub player when they probably knew the odds of winning two were slim. Let’s play two – every game is a 50/50 chance of a positive outcome. What are some big moments you like to tell people about? I love to tell people about the first time I travelled to India and we were going into the office one morning and I noticed people following the animals around the street collecting their droppings and making them into pie plate shapes and slapping them on their huts and drainage pipes. The next morning, I saw a stack of those “plates” being thrown on the fire to cook breakfast. Then I noticed the smoke and odd odor throughout the area. Well, let’s just say I was happy to get to Singapore on the next leg of that trip and handed my luggage to the concierge and asked him to clean it. He thought I just wanted the clothes cleaned, but I asked him to clean the suitcase also. I was very happy to get back to the states and as much as I like to travel, I am always happy to get back to the USA. What three words would colleagues use to describe you? Honest, inquisitive, and fair. I’ve found that a little “mild curiosity” goes a long way in life.